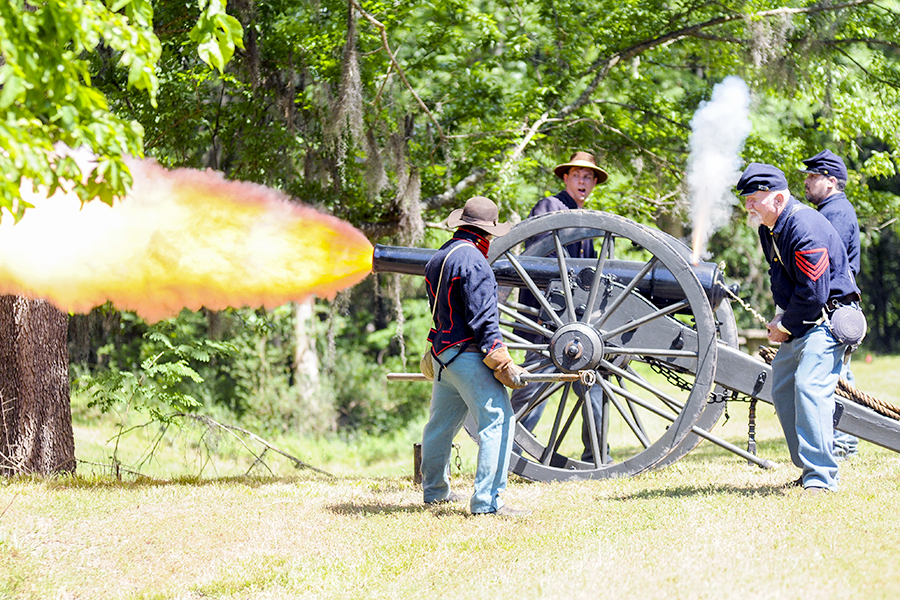 Nelson Andrews, Stuart Harrison, Eric Moore and Mike Duran of Jeff Davis Mounted Artillery fire a canon Saturday at Old Cahawba during a memorial service for Union Soldiers that were imprisoned there at Castle Morgan during the Civil War.

A cannon is fired at a service to remember Civil War soldiers who died in the Battle of Selma, Alabama and at a nearby prisoner of war camp. (Alaina Denean Deshazo | The Selma Times-Journal)